There is hope for Sacroiliac (SI) Instability and its associated pathology. 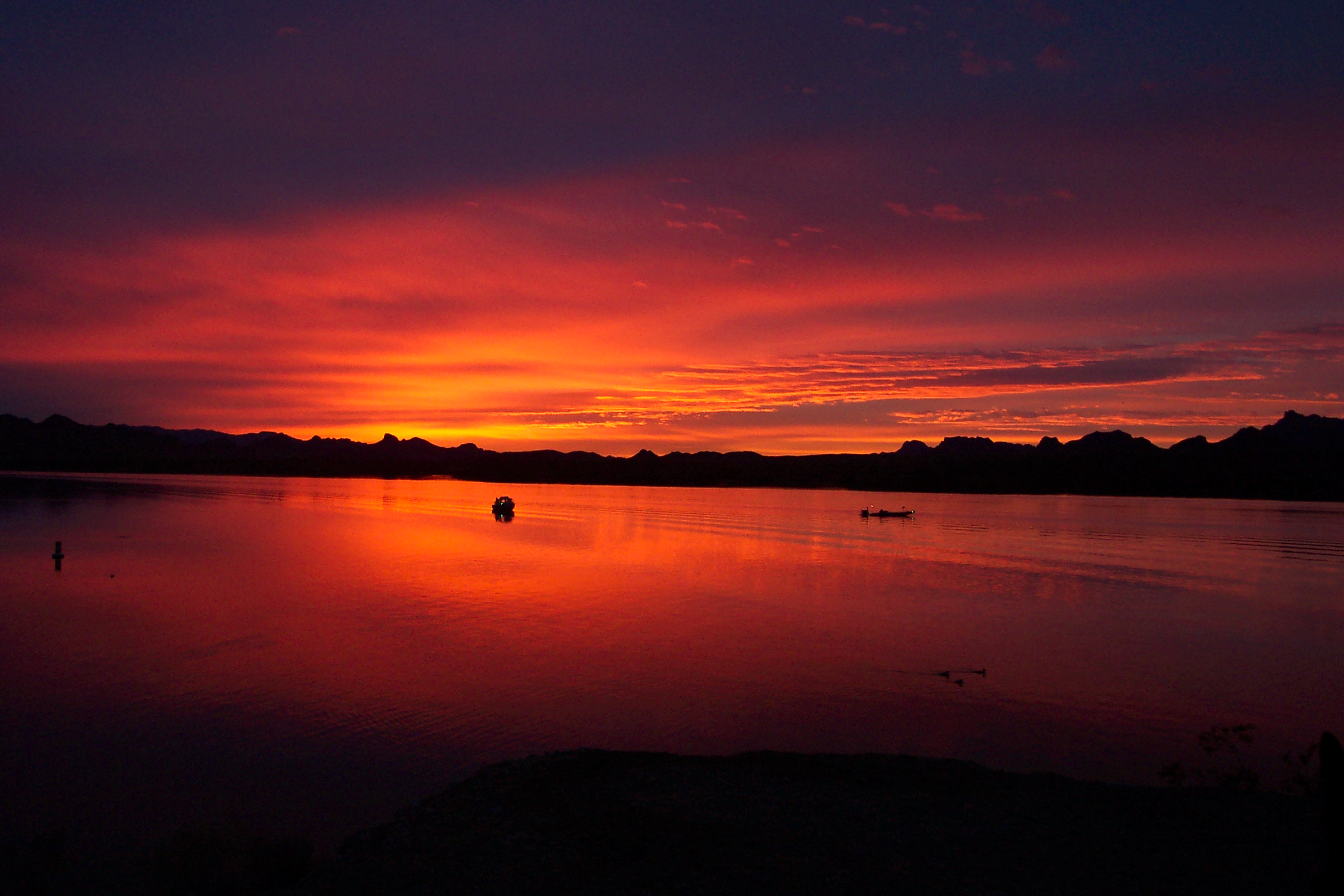 My Primary diagnosis code: 724.6-Disorders of the Sacrum

Let me introduce the surgical procedure code 27216-50(bilateral) which states:

This procedure code is typically used for fractures or major dislocations due to trauma of the pelvis; however, I want to share on its use for sacroiliac instability.   There are no CT scan or MRI scans that are going to make or confirm the diagnosis. The findings on my CT scan were all normal with only mild bilateral SI joint DJD without evidence of sacroletis, mild to moderate bilateral hip DJD and mild DJD at the symphysis pubis. Essentially I am talking about a micro-instability that is regularly seen by chiropractors and/or physical therapists that do hands on evaluations. In my journey, very few medical doctors do what I would call detailed hands on exams and provocative tests on the sacroiliac joint except the one I now know in this country, Dr. David Weiss. Dr. Weiss was mentored by Dr. Alan Lippitt who performed surgical fixation with percutaneous screws for 20 years with excellent results. Here is  PDF-SI joint clinical research of Dr. Lippitt. This research paper spoke to the root of my problem.

“Injuries to the sacroiliac joint can be intra-articular (fracture or “sacroilitis”) or extra-articular (ligamentous). The primary lesion that we are discussing is concerning extra-articular ligament disruption with subsequent destabilization of the sacroiliac joint. These lesions cannot be demonstrated with normal imaging studies. The diagnosis is made purely with clinical means based on thorough knowledge of manual medicine. Various techniques have already been discussed concerning the treatment of extra-articular sacroiliac joint destabilization via physical therapy means. If these fail, more drastic measures must be taken. Sacroiliac joint surgery is drastic if it is done incorrectly. The major cause of the failure of surgery is the failure of the surgeon to understand the presence of secondary pain generators that also need to be treated. Stabilization of the joint by reinforcing these ligaments is most important if there is evidence of SI joint injury. It is essential that the joint be fixed in its normal anatomic position or pain will continue. Thus a thorough knowledge of manual techniques is required for anyone contemplating doing sacroiliac surgery. The joint must be aligned before surgery for optimal outcomes.”

In my case this surgery involves fixation of the SI joints for instability and not fusion of the SI joints for arthritis. For fusion of the joints with debilitating arthritis, we would be talking about an entirely different procedure code for I-Fuse (see www.si-bone.com ) which would be procedure code 27280.  My surgery was performed for discomfort and feeling of instability about the SI joints and was not performed for low back pain. My pain was over the SI joints and buttocks and not in my lumbar spine. I had tightness in my low back above the SI joints constantly but was only relieved immediately after a chiropractic adjustment. However, upon walking out of my chiropractor’s office, I felt the shift of my pelvic alignment. For each day I was out of alignment, my pain would increase both proximal and distal of the SI joints until the next chiropractic appointment. It wasn’t until the last few years that I had finally questioned the chiropractors as to the specifics of what they had been adjusting in my sacrum and back for the previous 10 years on a weekly basis.   Based on their findings I pursued validation of my SI instability thru my 2 sports physicians and family doctor along with ruling in and out pain generators with my pain management doctors.  Hence, also welcome to my story about Mal-alignment Syndrome.  I will discuss more of my personal details of my proximal and distal referred symptoms of Mal-alignment Syndrome in that  blog . For those that want a professional article, I highly encourage you to go to this link for the more technical background to my story.    Here is link to a research article:  http://www.sidysfunction.com/pdfs/Medical-Malalignment.pdf

My left leg always felt short and disconnected and I lost muscle tone in glutes and quadriceps. I had throbbing, achy pain in the biceps femoris and IT band area of lateral left knee. The pain level would increase the more active I was during the day especially if I walked more than basic daily living. All categories on my left knee MRI were normal. After using OTC orthotics, I had custom made functional orthotics done in March 2012 in hopes to bring stability in my walking gait. Yes some measure of stability did occur when my foot hit the ground; however, it did nothing for my SI instability and my lateral knee pain increased. Along with my medial upper leg pain in the Adductor Longus and Gracilis muscles, I had an increase of nerve pain with the epicenter of burning nerve pain at the level of the Adductor Canal. On really bad days, the burning would go all the way down to my medial ankles. This severe medial nerve pain came on in March 2012 which was in addition to my intermittent nerve pain I had for 10 years. I had come to find out that the pain I had for 10 years was more of a typical sciatica going down back of left leg and in the L5 dermatone. I was always led to believe that I was stuck with left over residual damage of the L5 and S1 nerve roots due to my previous massive blow out disc herniation at end of Jan. 2002. I had a micro-disectomy surgery done in April 2002 to relieve nerve root and spinal canal compression by the disc material which had caused Foot Drop of my left lower extremity. Motor function came back to my lower extremity; however, all the SI symptoms remained along with intermittent nerve pain that increased over past 10 years. So after these 10 years, I was finally enlightened to the source of my ongoing nerve pain.

With the comprehensive EMG/NCV study done by Dr. Ernest Howard in Atlanta on Nov. 12th, 2012, I was given the key to unlock the source of my mysterious nerve pain that seemed to baffle my many medical professionals at all prior attempts of diagnosis. Besides the SI joint pain and its related ligament strains which can also affect underlying nerves, this pain generator was the probable left priformis syndrome/neurapraxia diagnosis code 355.0. This EMG/NCV study showed no evidence of an active lumbar radiculopathy or plexopathy. However, there was a difference in the FAIR H wave latency with 0.67 msec slowing on the left side on comparing the sides. There was also on the left side 1.51 msec slowing of the H wave in the FAIR position compared to the anatomic position which is one standard deviation in slowing which failed to meet strict criteria for a proximal sciatic neurapraxia on the left but did indicate some degree of possible compression of the sciatic nerve. The difference in H wave latency on the right side was markedly less at 0.84 msec vs. the anatomic position. There was also no evidence of bilateral peroneal neuropathy about the fibular head, tarsal tunnel syndrome, or peripheral neuropathic disease. There is an excellent research article at http://www.sciatica.org/piriformis/index.html from which I now quote off of pg. 7 of 8: “Positive FAIR-test: Nerve conduction test performed by physiatrists and neurologists in which the H-reflex is prolonged at least 1.86 ms when the leg with sciatica is stretched in flexion, adduction and internal rotation. “

While on this subject, another excellent research article at http://www.sciatica.org/piriformis/differential_diagnosis.html can help to sort out the Differential Diagnosis of Sciatica. Because I did not meet strict criteria for the piriformis diagnosis, a surgical release procedure code 27299 (Unlisted Procedure, Hip or Pelvis) was not performed in conjunction with the bi-lateral fixation. I was offered this 2nd procedure in one surgery with my fixation, but I as the patient chose to wait on the surgical release so that I could definitively sort out SI pain from the intermittent sciatica pain. I wanted to feel the results of the fixation surgery and how I would change for the better before I had the piriformis tendon released.

I am glad as I write this story post-operatively that I did not have the release done but I foresee that it may very well happen here in near future as I do have continued sciatica depending on how much I sit and/or if I try and stretch the piriformis that is part of my SI rehab. I can flare from a level 2 pain to 8/9 level very easily. However, I want to make it clear that I do feel a tremendous positive difference in sitting just from the SI surgery. In fact it is so much easier now to identify not having pain directly under base of sacrum or up in lumbar spine. My lingering pain is much more specific nerve pain (burning back of thighs, coldness and tingling with intermittent throbbing down lower leg) caused by the piriformis/sciatica issue. In many patients these two types of pain are very closely related.    Here is a research article entitled: “INCIDENCE OF THE PIRIFORMIS SYNDROME IN PATIENTS WITH SACROILIAC DYSFUNCTION”  from which I am quoting the following conclusion findings of report:

1.  The piriformis syndrome is frequently associated with sacroiliac dysfunction (with an incidence of at least 40%), explaining the presence of sciatica like symptoms in a subset of patients.

2.  When present, the piriformis syndrome is almost always ipsilateral to the sacroiliac dysfunction.

To our knowledge, this is the first time such a relation has been demonstrated and that a source of false negatives for sacroiliac blocks has been described.

While creating this website, a round of conservative care is being continued in hopes to further diagnose the piriformis syndrome now that the EMG has brought this to the light as a nerve pain generator and not lumbar radiculopathy in addition to the previous SI joint pain. I will always update this site with latest information on my journey.

In the meantime may I share some video clips of me post-operatively on my journey so far since the SI surgery starting within hours of the surgery for first video thru my 4-week post up appointments with Dr. Weiss and ending with Vicki Sims, PT:

Link to my next recovery update blog.

drop us a line and keep in touch